I’ve been thinking about the all the upcoming opportunities to share books with kids this year.  I’m excited about the opportunity to partner with teachers to provide a variety of positive reading experiences with students. 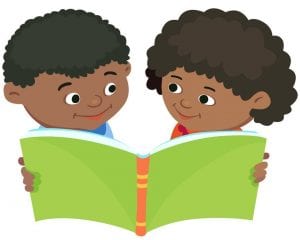 We all know that kids are social, so one of my goals is to make reading more social too.  Certainly books can be enjoyed independently, as a private and silent conversation between the reader and the author.  But books can also be read aloud and discussed and debated and reviewed and recommended in a way that builds a shared excitement for reading.

One of the ways I can foster these types of interactions is by collaborating with teachers on some social reading events.  So far I have the following on my list: 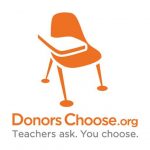 I received an email from Donors Choose offering an exciting incentive for sponsoring a Google CS First Coding Club in my  library: an opportunity to earn Donors Choose gift cards when students complete specific coding projects!

I’ve been providing coding experience for my students for many years, ever since I learned about Scratch at the S.C. EdTech conference in 2009.  Last year I attended Code.org training in my district and enrolled my library classes in one of their formal courses, and I sponsored the annual Hour of Code for all of my students.  This year our school is building on those experiences by offering additional mini courses in our computer lab (for all students) and in my library (for those who enjoy coding and want to pursue it more deeply).

I like the approach CS First takes by providing a structured learning environment yet still allowing kids to have some creative control over their projects.  I’m especially excited about the Google Doodle activity, which has kids designing their own Google Logo, since that was one of the Genius Hour themes in my library a couple of years ago.

We’re kicking off our next learning adventure on Thursday, so watch for updates in a couple of weeks!  Are you using CS First in your school or library?  Leave a comment and tell us about it!

There’s nothing more heartwarming for a librarian than to see students dressed as their favorite book characters!  Living Literature Day gives students, teachers, staff, and administrators a chance to use their imagination and creativity as they show their reading pride.  I was shocked that several students asked me who I was dressed as today.  I thought it was quite obvious that I was dressed as Hermione Granger, the girl who practically lived in the Hogwarts Library!  (Although I will admit my hair was a little frizzier when I left home this morning; it must have flattened during the day.)

Who are your favorite book characters to dress up as?  Leave us a comment and let us know!

International Dot Day is coming on September 15-ish, so I’m gearing up to celebrate all week with my library classes.  Here are some of the resources that I’ll be using:

The Dot by Peter Reynolds 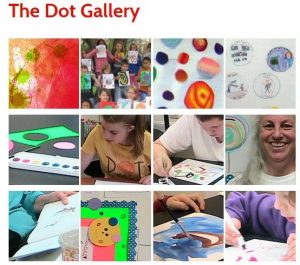 The Dot Song by Emily Arrow (video on YouTube)

What resources and activities are you using to celebrate Dot Day?  Please tell us in the comments or tweet me @LibraryLoriJune and share! 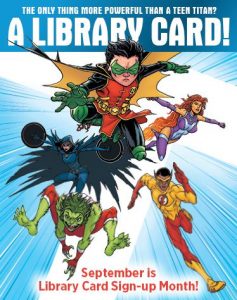 September is National Library Card Sign-Up Month, and this year the Teen Titans are helping to spread the word!

This September, crimefighting DC Super Heroes, the Teen Titans, will team up with the American Library Association (ALA) to promote the value of a library card. As honorary chairs, DC’s Teen Titans will remind parents, caregivers and students that signing up for a library card is the first step towards academic achievement and lifelong learning.

I was so blessed to be able to enjoy the 2017 solar eclipse with my family.  We spent the weekend camping at Santee State Park and watched Monday’s eclipse from our pontoon boat on Lake Marion.  The weather cooperated beautifully with us, and we couldn’t have asked for a better view.  It honestly was an awesome once-in-a-lifetime experience, and it was over much too quickly.

In spite of being warned that it was more important to remain in the moment rather than trying to get pictures — which wouldn’t turn out well anyway — we did take a few photos.  This one doesn’t come close to doing the eclipse justice, but it’s special to me because it’s my unique personal memento of an event I’ll never forget.

Being a librarian whose thoughts are never far from books, I couldn’t help but compare my eclipse experience with the one described in Every Soul a Star by Wendy Mass.  This book has been a favorite of mine since it was nominated for the South Carolina Children’s Book Award in 2011, and I’ve both read it and listened to the audio version which is performed by three different narrators representing the book’s three main characters, and is extremely well-done.

To quote the book’s summary: “At Moon Shadow, an isolated campground, thousands have gathered to catch a glimpse of a rare and extraordinary total eclipse of the sun. Three lives are about to be changed forever:..Told from three distinct voices and perspectives, Wendy Mass weaves an intricate and compelling story about strangers coming together, unlikely friendships, and finding one’s place in the universe.”

From the professional reviews:

“Ally, Bree and Jack, three very different souls, converge at the Moon Shadow Campground to witness a solar eclipse. Mass has crafted a beautiful tale of preteen angst and growth under a glorious sky. The planetary research into our universe and the world of eclipse chasers is not only impressive but woven together in a way that makes this book hard to put down.”
—Modesto Bee

“Mass succeeds in making the eclipse a truly moving experience for her protagonists and her readers.”
—Horn Book

I’ve blogged about Wendy Mass before, as she’s quite a favorite at my house and you really can’t go wrong with any of her books.  But as of this week I truly owe her my gratitude for preparing me six years ahead of time for one of the most amazing events of my life!  THANK YOU WENDY! 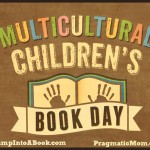 Spearheaded by Valarie Budayr from Jump Into a Book and Mia Wenjen from Pragmatic Mom, MCCBD is intended to “raise awareness of kid’s books that celebrate diversity and get more of those books into classrooms and libraries.”  Visit the site to learn more.

I came up with a selection of titles from my school library that are perfect for this project, and I used Thinglink to add links to additional resources for the books and authors.  Just hover over the book covers to see and click the links! 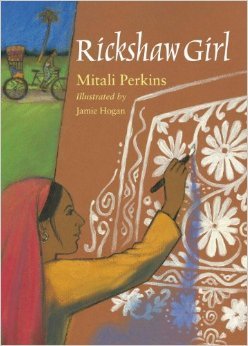 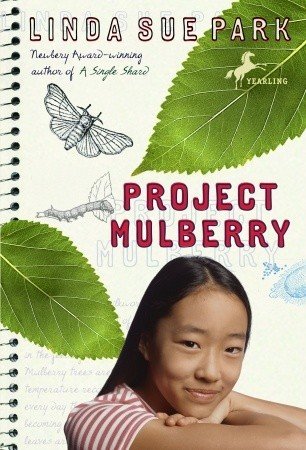 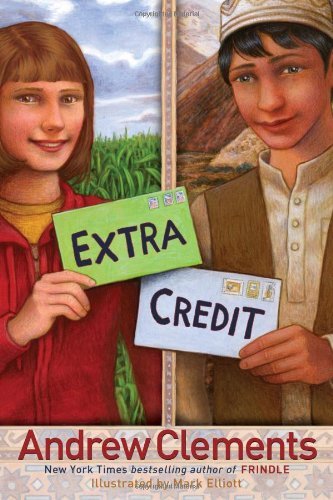 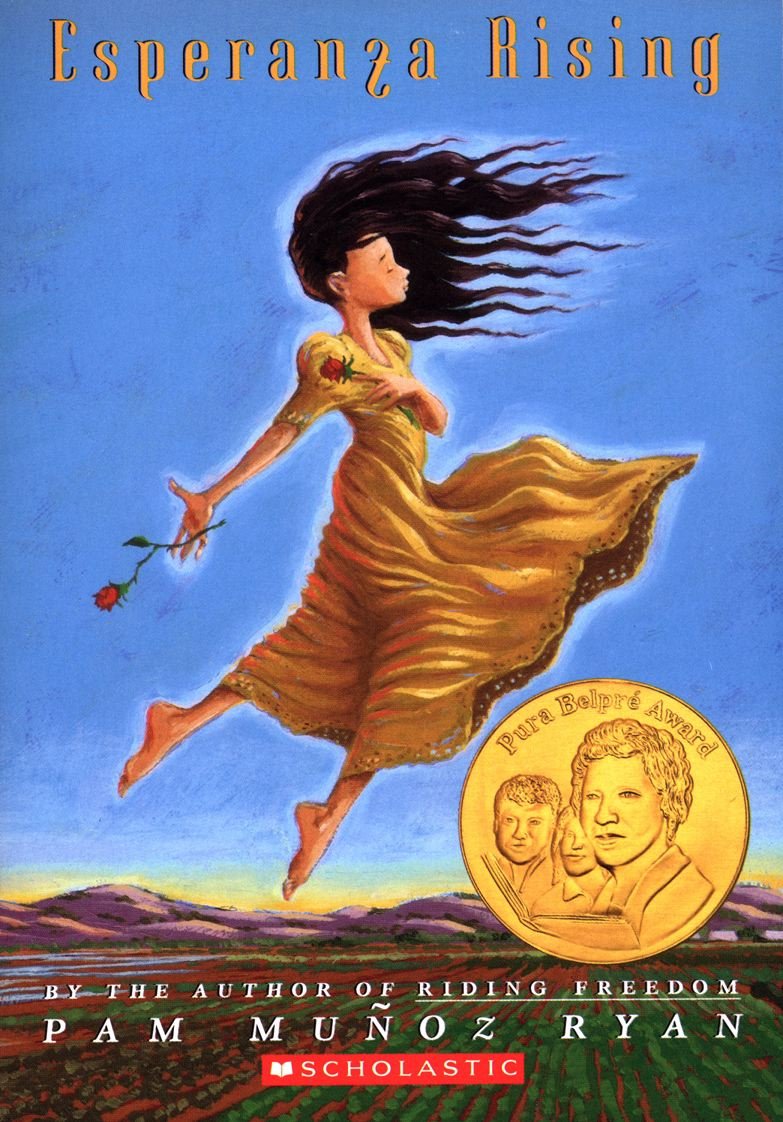 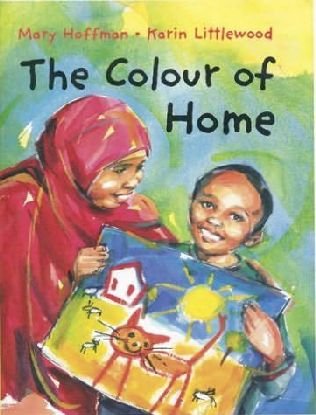 What books would you add to this collection?  Please share in the comments!