Our district is transitioning to Google Apps for Education (GAFE) next year, and ours will be the first elementary school to go one-to-one with Chromebooks, so when I was offered an opportunity to attend the GAFE Summit in Charleston last week I accepted immediately.  I was already a Docs and Slides user, and like most people I’ve played around with Google Earth and Maps, but that was about the extent of my experience with using Google tools.  My world was about to be seriously rocked.

In nearly every session I attended, I was introduced to Google apps and extensions that were designed to facilitate teaching and learning, or enhance productivity.  As someone who enjoys trying out new ways of doing things, I was entranced by the options shared by the presenters for everything from collaborating to screencasting to assessing student understanding to flipping the classroom.  And if you’ve never seen a Google Demo Slam, check out this video of one that took place via Google Hangouts in January 2015. 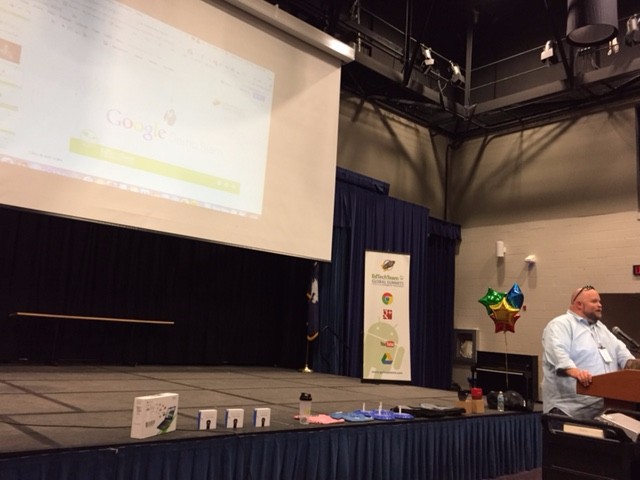 Over the next week or two I’ll be posting specific ideas for using Google in my school library next year, but for now I’ll leave you with my three big takeaways from the summit.

If you’re using Google Apps for Education, I’d love to connect with you!  Please leave a comment, or tweet me at @LibraryLoriJune