As we were making Matisse-inspired collages the other day as part of our family summer art project, one of my children was working solely with black and white paper.  It seemed like the perfect time to bring out two picture books that I had been saving for bedtime reading.

, a Caldecott honor book (1979) by Rachel Isadora, is the story of a young boy who is excited by the jazz music he hears in his neighborhood and longs to play the trumpet himself.  He practices outside the corner jazz club with an imaginary trumpet, until the laughter and jeers of some of the other kids send him sadly home.  Just when he’s given up on his dream, the horn player from the club invites him inside to give the trumpet a try. 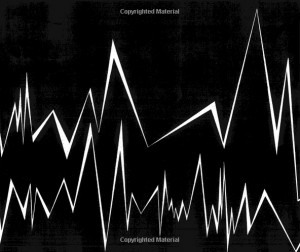 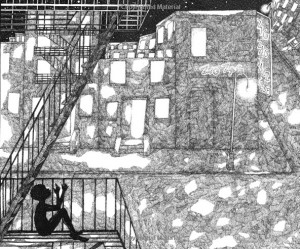 Although all of the artwork in this book is done in black and white, the illustrations are bold and expressive, and easily convey the energy of the music.  As we read it, we noticed the jagged lines on the end papers, then smiled when we saw the sign on the first page for the Zig Zag Jazz Club. (Click the page of Ben on the fire escape for an enlarged view of the jazz club sign.) 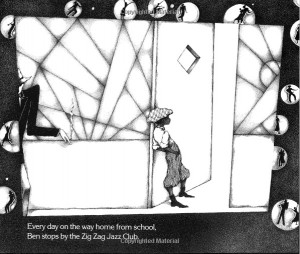 We talked about the geometric Art Deco elements in the illustrations, and I explained how popular that was in the 1920s as a style of architecture, interior decoration, jewelery design, etc.  We compared the use of the angular shapes in this book to the shapes used by Henri Matisse in his collages.  (I wish I’d also had my copy of Snow White in New York

by Fiona French, with its glamorous Art Deco illustrations depicting NYC in the 1930s, with me to show them!) 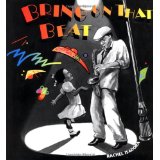 Then we read Bring on That Beat

, also by Rachel Isadora but published twenty-three years later!  This book takes a similar concept — children in a 1930s Harlem neighborhood enjoying the jazz music played by local musicians — but here the artist embellishes the black and white street scenes with splashes and pops of wild, vivid color, and tells the story in rhyming couplets rather than straight prose. 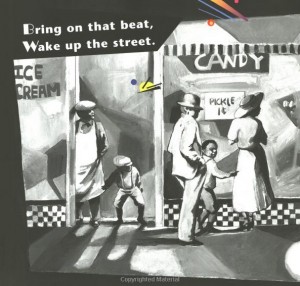 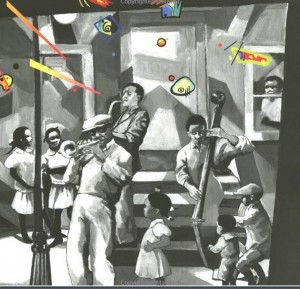 When I use these two books in my library lessons (either in January when our 5th graders study the Harlem Renaissance, or in February during our Black History Month celebration) I follow them up by giving students a page with one of five different  black-and-white silhouettes of a jazz musician on it, and some crayons or markers.   Each student writes his/her own original rhyming couplet on the paper, and then adds colorful flourishes while we listen to jazz music from the 30s.

At home, we were already listening to jazz as we collaged, and one of the kids decided on a last-minute addition of a little jazz color to his picture.  I love it! 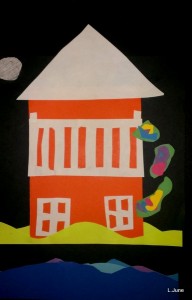 When we get ready to do painted-paper collages a la Henri Matisse, we will also look at some other books by Rachel Isadora

that show her delightful take on that style of artwork. 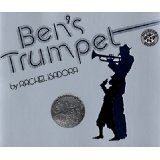 Bring on that Beat